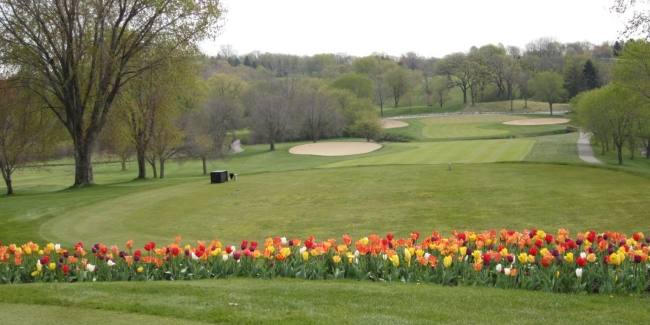 The Brute at Grand Geneva - Hole #1

The Brute at Grand Geneva

What can I say about the Brute at Grand Geneva that isn't already said in its name? The course is long and tight, and everything about it is substantial... It is "Brute-ish."

Have you seen the Michelob Ultra beer commercial where four friends are on a tee box? One guy says to his buddy about to tee off, "Hold on," and uses his fingers to tighten the fairways and enlarge the sand traps, and they all laugh about the added degree of difficulty. That is exactly how most holes feel at the Brute. The sand traps are massive, the water features are prominent, and the course has a very mature, demanding feel that can be a little intimidating.

I first played this course eight or nine years ago with a friend of mine who used to work there. He told me Jim McMahon and Rollie Fingers always played it barefooted, so we did, too. I remembered it being as nice as a golf experience can be with feet covered in sand. I was nowhere near the golf enthusiast I am today, though, and playing the Brute this spring was like a whole new experience for me.

The Brute is one course that I cannot say enough is worth playing from the recommended tee boxes. Even though the winds were sustained in excess of 30 miles per hour, half of our group insisted on playing the back tees (there are only two men's tee boxes, which jump from 6,554 to 7,085 yards). The starter said we were the only ones to play the blacks on Friday, and it was obvious why when the best score in our foursome ended up being a 92.

Similarly to Wild Rock, everything about the Brute seems huge and accentuated. It has a very big look and feel. Also similarly to Wild Rock, the greens are extraordinarily quick and challenging. Many of the greens are crowned, and they are as fast as I have played so far this year. The crowning on these greens makes for nearly impossible downhill putts, and for a lot of challenging two-putt situations.

The Brute starts with a beautifully elevated par four that, like most holes on this course, features water, sand and a long approach.

Grand Geneva uses elevation wonderfully on this course, and especially sparingly on their par fives. The second hole, for example, features an approach area at least 100 yards long that goes uphill and to the left with no fairway to lay up to. The majority of their par fives are similar, and [at least from the back tees] I would not consider any of them to be reachable in two. The sixth also has a similar approach area, and both feature greens that are several stories above [and well over 100 yards past] their playable fairways.

The third is a gorgeous downhill par four that narrows to about 15 yards wide between two ponds before going back uphill between greenside bunkers. The water is farther away from the tees than it initially appears, but hitting driver is longer than the landing area will allow.

The fourth was the most wind-impeded hole on the course last weekend. At 204 yards from the back tees, we had gusts well over 30 miles per hour blowing directly in to us. My Rocketballz 3-wood came up short, and one of my friend's driver didn't make it, either.

Nine is a fantastic finishing hole for the Brute. At 432 yards from the back tees, the water is certainly reachable on the left as the fairway narrows toward the green. The course's central pond lines that entire border of the approach.

If there are any easy par fours on the Brute, it might be the twelfth. A long drive will leave a short wedge to the green, which is heavily guarded by sand and a straight drop-off at the back of the green.

At 605 yards from the championship tee boxes, find the fairway on fifteen for any chance of getting to the green in three. The large fairway bunker left is the one spot you'll want to avoid off the tee, especially to have a decent chance of flying the creek that divides the hole's fairway.

The seventeenth and eighteenth holes are truly phenomenal, and feature some of the most demanding tee shots on the course. The fairway on seventeen filters slightly right, so aim for the left-side fairway bunker for your best chance of having a manageable approach over the front-side creek.

Eighteen is a wonderful finishing hole, as well, and plays slightly less intimidating than the onboard GPS shows. The bunkers lining the right side of the fairway should help keep tee shots out of the water, but will still leave a long way to go. With the pin on a huge crown in the middle of the green, the eighteenth provides a tremendous putting challenge to finish the round.

Grand Geneva has a great practice area with a very nice driving range and putting and chipping greens. I would have liked to be able to use the grass area of the range, but the turf tees adjust up and down, so it was not a big deal. Among the other luxuries at Grand Geneva is their new touch-screen GPS system. Simply touch any area on the screen for infinite distance adjustments - very nice!

The Brute at Grand Geneva is an excellent, but unforgiving course. I recommend playing it when you're feeling really good about your swing, and also recommend playing it from the white tees if you're not a mid-single-digit or lower handicapper. Even though we got our butts kicked all day, this was a very enjoyable round and a course I can't wait to return to later this season.

Paul Seifert is an often-proclaimed golf addict, and publisher of WiscoSportsAddict, a blog started in August, 2011, as a forum dedicated to reviewing courses and sharing the best of the best in the state with other avid Wisconsin golfers.

Having started playing in Hartland-area leagues at the age of 12, Paul is a classic over-thinker who averages between 80 and 120 rounds per year, and despite carrying a 13-handicap, is committed to the ongoing improvement of his game.

A health care equipment salesman by day, Paul does not claim to be an expert golfer, but is certainly an expert golf enthusiast who loves the sport and enjoys the writing, research, statistics and photography that make for interesting golf conversation.

The River at Blackwolf Run 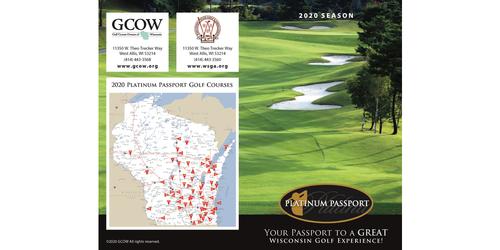 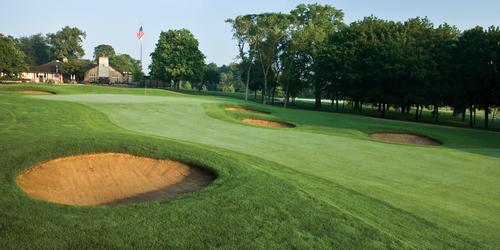